Coastal Bank is the first Local Area Bank licensed by Reserve Bank of India in 1999 and commenced its operations from 27th December 1999. The Bank is proud of celebrating its existence for two decades.

Coastal Bank is directly regulated by Reserve Bank of India. The Bank is subjected to regulatory supervision and control. The Bank complies with all supervisory advices/guidance.

Deposits of the customers are insured under Deposit and Insurance Scheme of DICGC, a wholly owned subsidiary of Reserve Bank of India. 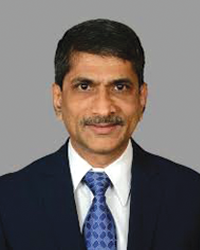 Shri B. Venu Gopala Reddy, B Com, PGDM, CAIIB is a professional banker with over 36 years of experience with State Bank of India (SBI), the largest commercial bank in India and ranked among the top 50 Global Banks. He hails from a farming family in Krishna District. He has completed his graduation in Commerce from Andhra Loyola College, Vijayawada, Post-Graduation in Management from IIPM, New Delhi and completed CAIIB after joining banking service.

He joined SBI as a P O in 1981 and was elevated to the position of Chief General Manager (CGM). He has rich and varied experience in diverse fields of banking, such as Treasury, Investment banking, Corporate finance, MSME credit, Agriculture finance, Retail operations and Financial inclusion in different geographies, including Singapore. He specialized in Treasury operations and headed Global Markets of SBI, overseeing its investment portfolio of over Rs.4 trillion. He headed the Retail operations of SBI in Odisha as Chief General Manager of Bhubaneswar Circle before retiring in March'18. He worked as Visiting Professor at NIBM, Pune until taking up a career @ Coastal Bank.